The Costume Institute’s spring 2019 exhibition, Camp: Notes on Fashion (on view from May 9 through September 8, 2019, and preceded on May 6 by The Costume Institute Benefit), explores the origins of camp’s exuberant aesthetic and how the sensibility evolved from a place of marginality to become an important influence on mainstream culture. Susan Sontag’s 1964 essay “Notes on ‘Camp’” provides the framework for the exhibition, which examines how fashion designers have used their métier as a vehicle to engage with camp in a myriad of compelling, humorous, and sometimes incongruous ways. <https://www.metmuseum.org/press/exhibitions/2019/camp> 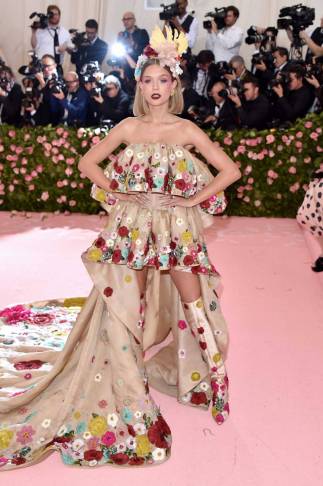 Rachel Brosnahan in Erdem and Josephine Skriver in Jonathan Simkhai.

Alexa Chung  in AlexaChung  and Alicia Vikander in Louis Vuitton. 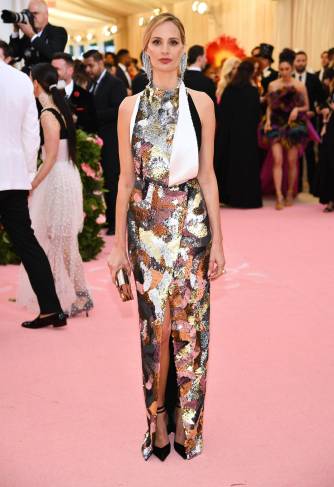 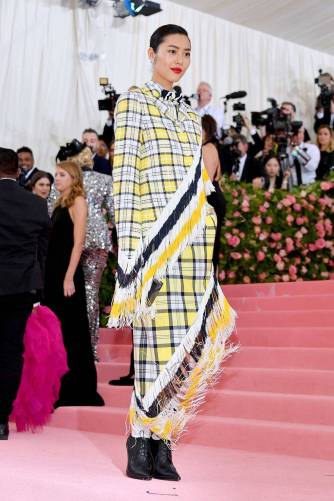 Susan Sontag’s 1964 essay, which defines camp as “love of the unnatural: of artifice and exaggeration.” Think: over-the-top shapes, theatrical accessories and anything wonderfully eccentric. 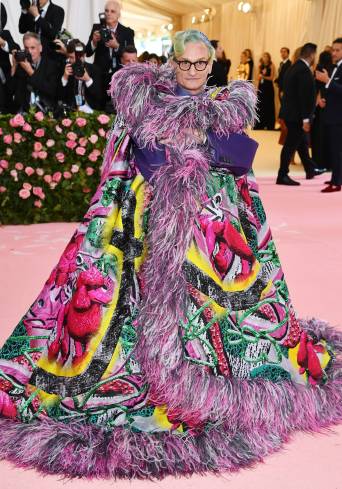 Lupita Nyong’o in Versace and Idris Elba in Versace. 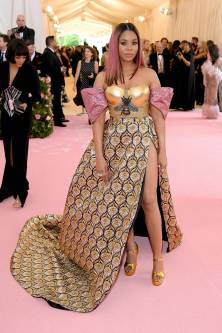 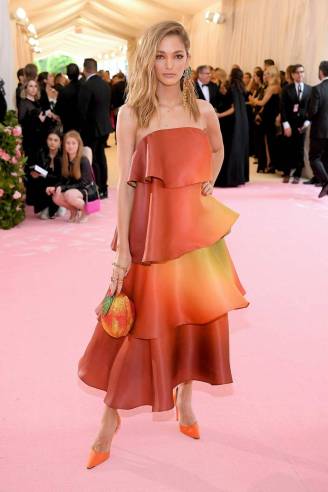 All Above Images from http://www.vogue.com

“Camp: Notes on Fashion” exhibit is an exploration of how over-the-top fashion has been used as both a form of expression and escapism throughout history.

The exhibition features approximately 250 objects, including womenswear and menswear, as well as sculptures, paintings, and drawings dating from the 17th century to the present. The show’s opening section positions Versailles as a “camp Eden” and address the concept of se camper—“to posture boldly”—in the royal courts of Louis XIV and Louis XV.  It then focuses on the figure of the dandy as a “camp ideal” and traces camp’s origins to the queer subcultures of Europe and America in the late 19th and early 20th centuries.  In her essay, Sontag defined camp as an aesthetic and outlined its primary characteristics. The second section of the exhibition is devoted to how these elements—which include irony, humour, parody, pastiche, artifice, theatricality, and exaggeration—are expressed in fashion.<https://www.metmuseum.org/press/exhibitions/2019/camp> 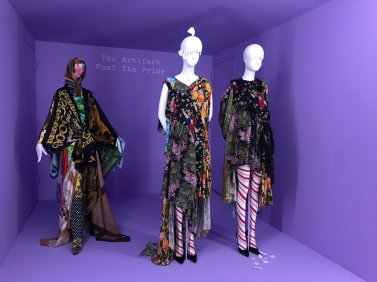 The largest section of the exhibition is devoted to how elements discussed in Sontag’s essay including irony, humor, parody, pastiche, artifice, theatricality, and exaggeration are expressed in fashion. twitter.com/metmuseum