Pharrel Williams is the new Head of Imagination

Last month G-Star RAW and Pharrell Williams announced their strategic partnership in which Pharrell Williams is now co-owner of the jeans brand and titled ‘Head of Imagination’. Now that is a pretty cool title and lets him apply his creativity to all aspects of the company from clothing design, advertising and the business strategy.

Pharrell has curated a collection of 25 print inspired by original checks, camouflages and traditional patterns from all over the world. The concept is that such a varied range of prints allows scope for the individuality of the wearer. 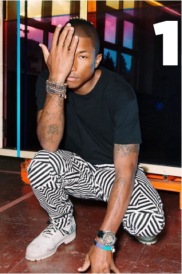 G Star was created in 1995 by Head Designer Pierre Morisset, launching the G-Star 5620 Elwood, the first pair of jeans constructed using the 3D Denim method. Unlike traditional pattern making, which approaches the garment as a flat object, 3D Denim uses techniques to sculpt the jeans around the wearer through inserted panels and darts. The concept came to Morisset at a rest stop in the South of France. A passing motorcyclist was riding in his jeans, which had formed to his riding position through long time exposure to the elements. Intrigued by how the jeans had clad around the motorcyclist’s legs, Morisset sought to recreate the 3D shape of those wet, solidified jeans, giving birth to both 3D Denim and the G-Star Elwood jeans.

With check, camo and traditional motifs from the world over, each print has been handpicked by Pharrell Williams and layered with references, straight from the G-Star archive. 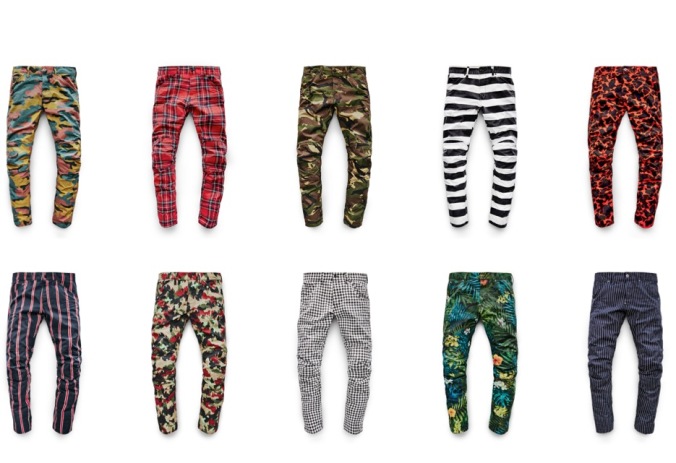 The G-Star RAW Spring/Summer ‘17 campaign reinforces the message of freedom of choice that has inspired the 25 unique prints. The prints are photographed on Pharrell Williams and Dutch model/artist Marte Mei van Haaster in an array of vibrant industrial and pastoral scenarios. The campaign is accompanied by a behind-the-scenes short feature film and several visual snippets, all shot in analog film. The artistic outcome, along the launch of G-Star Elwood X25, reflects on Pharrell’s personality and style – a melting pot of cultures and global influences that have been combined with G-Star’s DNA. His creative leadership and unique role as the brand’s cultural barometer for global audiences resonates in each nonpareil print and its own unique story. 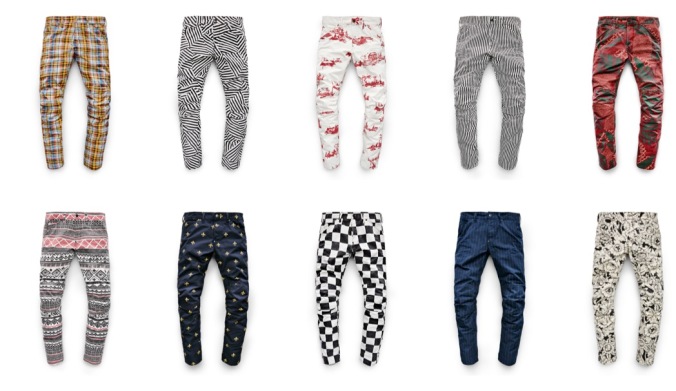