The recent exhibition at Bonington Gallery explored the production and use of Indian block prints, and how they differ in different areas of India. The exhibition was fascinating and the textiles were a marvel to look at. Textiles, clothes, printing blocks and even the dyeing process was on display. 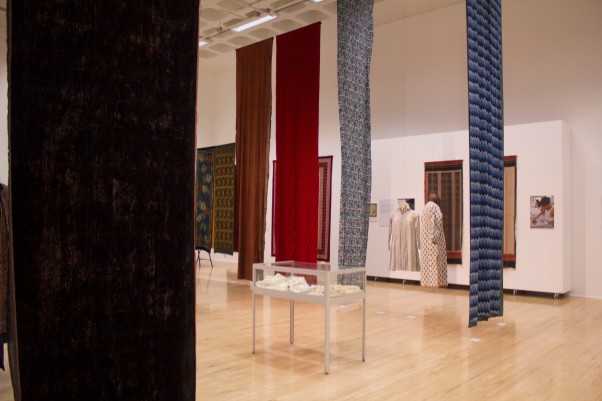 The exhibition talked about one of the most important areas for block printing. There are a few groups of artisans still active, including a small enclave of Rangrez at Astodia Darwarja, who are roghan printers. Chitaras are another group, who live and work in Vasna. ‘They combine painting and block printing to create ritual cloths known as mata-ni-pachedi (cloth of the mother goddess) and mata-no-chandarvo (canopy of the mother goddess)’. These are used to create improvised shrines for goddess worship, ‘especially during the Hindu festival of Navratri’.

In Western Gujarat where India borders Pakistan there is a desert area called Kachchh district. Here, block printing and dyeing is dominated by Khatris (hereditary artisans). One of the best known textiles made by Khatris is ajrakh. ‘Dyed with natural colours, ajrakh features complex geometric and floral patterns – figurative imagery being proscribed in the Quran’. Here are two examples: 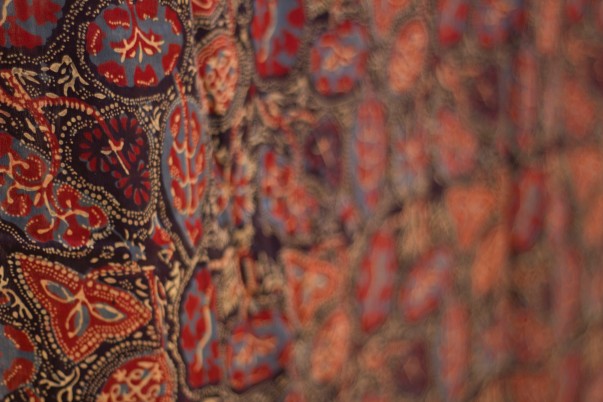 The exhibition included a detailed description of the ajkrah dyeing process, including printing the outlines of the design in an iron paste and dyeing the cloth in different baths, using indigo (known as Bodaw) or in red (known as Rang). There are extra steps taken after the Ajrakh process for Minakari, to achieve the depth of colour, and Green Ajrakh. 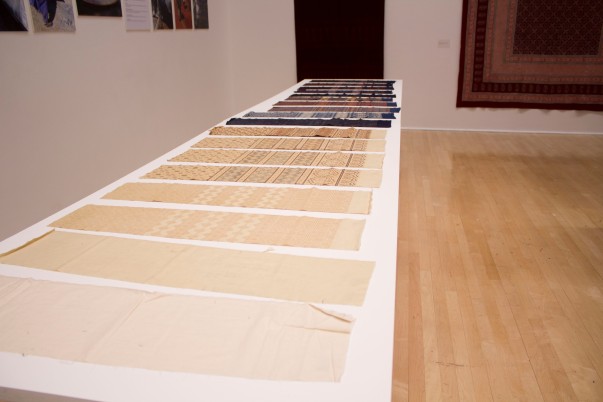 Example of the dyeing process 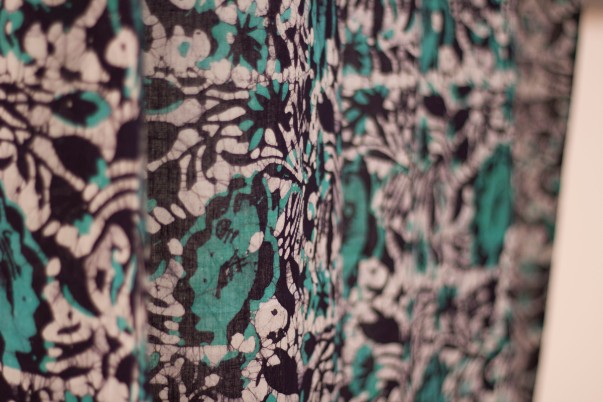 Block printing in Rajasthan had declined until it was revived in the 1970s. Anokhi, John and Faith Singh’s company, helped with this and is known around the world. ‘Anokhi has continued to sustain production of traditional regional styles while also producing modern prints for fashion and soft furnishings’.

Sanganer ‘was known for highly refined syahi begar textiles that were favoured by the royal court’. Now, they are better known for screen printing. Bagru, a city near Jaipur, is known for dabu prints, using dabu mud as ‘a printed resist and build up multi-coloured designs by repeatedly resist-printing and dyeing’.

A recent innovation, med resist is made from tar mixed with edible oil (peanut, soya etc) and gum from the berja plant, and is unique to the village of Akola in southern Rajasthan. 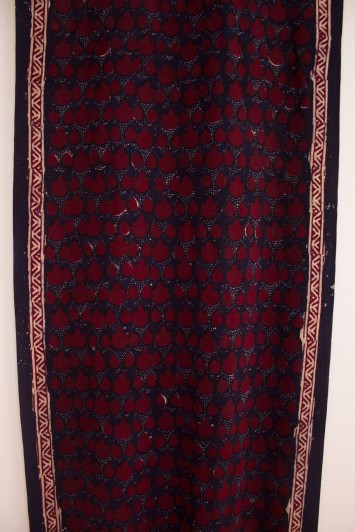 Blocks used for printing Buti designs, typical of Jaipur, Sanganer and Bagru in Rajasthan. The designs are engraved on hard wood by specialist block makers in Sanganer. The wood shown here is sisam (rosewood). 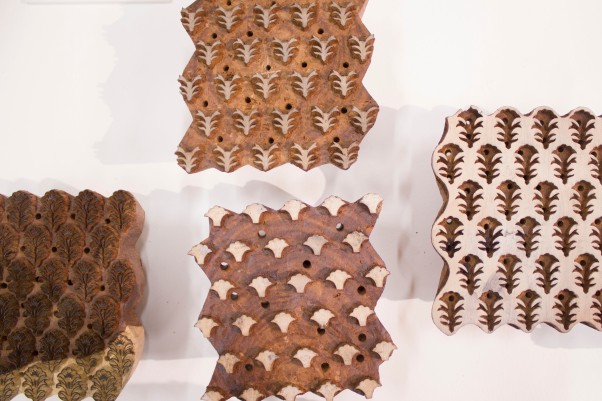 Photos by Alannah Messett. All quotes and information from the exhibition.

One thought on “Imprints of Culture: Block Printed Textiles of India”