On Sunday 8th February I visited the 20th Milan Tattoo Convention, because this was a special anniversary event lots of famous tattooists had come including Stilian Smokov, Paul Talbot, Phil Wilkinson and more: 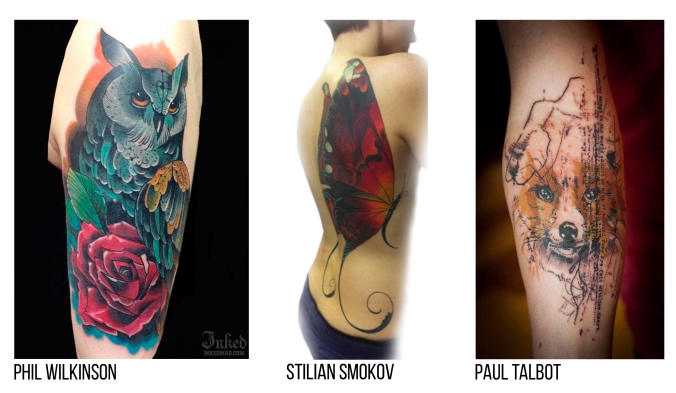 My boyfriend is a tattooist too, so I can share with you the current trends and the most important tattooists in Italy!

Alex De Pase, is known for his incredible realistic style: 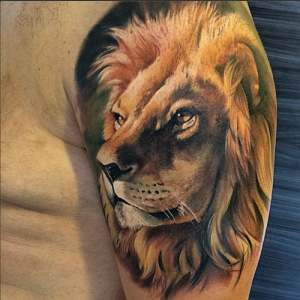 Luca Natalini, famous for his style in new school and cartoon: 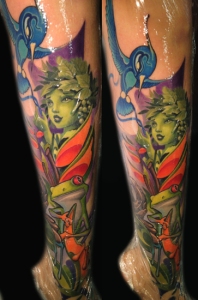 Ueo is quite a young artist who began his career as a graffiti artist, and is now giving new life to the oriental style:

Carlo Formisano, is the guy who tattooed our starlette Belen and started an overnight craze with Italian women for butterfly tattoos:

This kind of tattoo is the oldest and still the most popular in Europe and started with the sailors into the XIX century.

Not everyone knows the origin of the legend about having an even number of tattoos and that it brings bad luck and comes directly from an old superstition amongst seafarers. Sailors traditionally used to have a new tattoo before they left on a long voyage as a “good luck” charm. When they reached their destination they would have another to complete the pair. The second tattoo was made in a far off place. A third tattoo was made when they finally came back home. A sailor with only a pair of tattoos was therefore a dead sailor as he never got back home.

This old school style is very popular in the last years thanks to the Hipsters, who have revived the taste for everything vintage.

Here are some of my photographs from the tattoo convention: 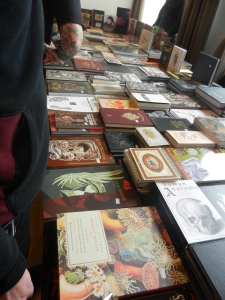 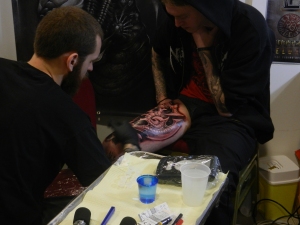 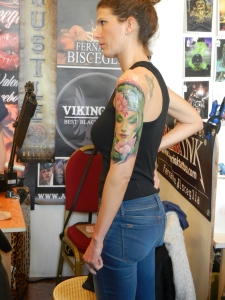 If you want to see more from the convention you can have a look at www.milanotattooconvention.it

Here is the link to my boyfriend’s studio, so next time you are in Italy you benefit from a discount on your next tattoo…. Just say you’re a follower of The Print Affair!

This was a project I worked on in New York in 2005 with a company who commissioned traditional Japanese tattoo artists to make designs for digital placement prints. I love this shirt and wear it to my Pilates class just to be different. 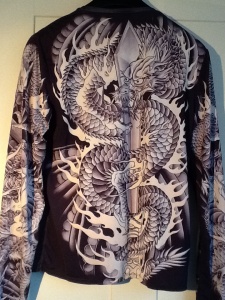